Martha’s Vineyard is 100 square miles and is seven miles off of the coast of Cape Cod. There are six towns, each with its own flavor. The towns are split up by three "down-island" towns - Vineyard Haven (Tisbury), Oak Bluffs and Edgartown - three "up-island" towns - West Tisbury, Chilmark, Aquinnah. It is the largest island on the Southeastern coast of Massachusetts.

The folklore about how Martha’s Vineyard got it’s name is - Theodore Gosnold left behind his three daughters Nancy, Martha and Elizabeth to set out for the New World in 1602. When he got to this neck of the woods, he came upon a string of small islands. He named that group of islands after his daughter Elizabeth. When he happened upon Martha’s Vineyard, he saw an abundance of wild grapes growing and gave this Island to his baby daughter Martha, hence, Martha’s Vineyard. Then there was only one island left, so Nan took it!!?? There are only 5 other places in the United that have an apostrophe in its name. There actually are several different theories of how the Island got its name, this is one.

By the 1800’s, the whaling industry began. Sailors from both Martha’s Vineyard and Nantucket set sail on extended voyages around the world in search of whale oil and blubber. They would bring back the oil to Edgartown Harbor to offload. The oil was used for lamps and sold throughout the states. Edgartown prospered by the whaling industry. Huge mansions were built in Edgartown by the whaling Captains for their families.

By 1859, the petroleum industry in Pennsylvania was starting. Kerosene gave whale oil for lamps a run for its money, as it was cheaper. The whaling industry went into a decline and then vanished altogether. Fishing and farming took over as the Island’s industry. It was not half as prosperous, however.

Several factors played into the Vineyard becoming a summer resort for the rich and the famous. In 1872, the Old Colony Railroad came to Woods Hole. It made getting there a lot easier. Summer homes began to spring up on the Vineyard. The Vineyard’s reputation of a beautiful Island began to catch on and kept growing. The Island was still, however, a hidden gem.

Some say the international notoriety that it got in 1969 involving Ted Kennedy put it on the map. Some say it was the filming of the 1975 movie Jaws. Whatever it was, the Vineyard has been ‘found.’ It still remains one of the most beautiful and tranquil places on earth!

This is the ‘nutshell’ version of the history of Martha’s Vineyard. Please come and explore and learn the history firsthand. 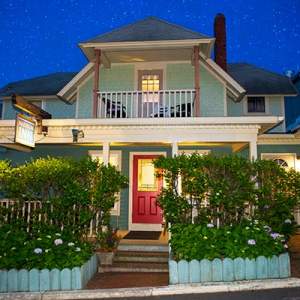